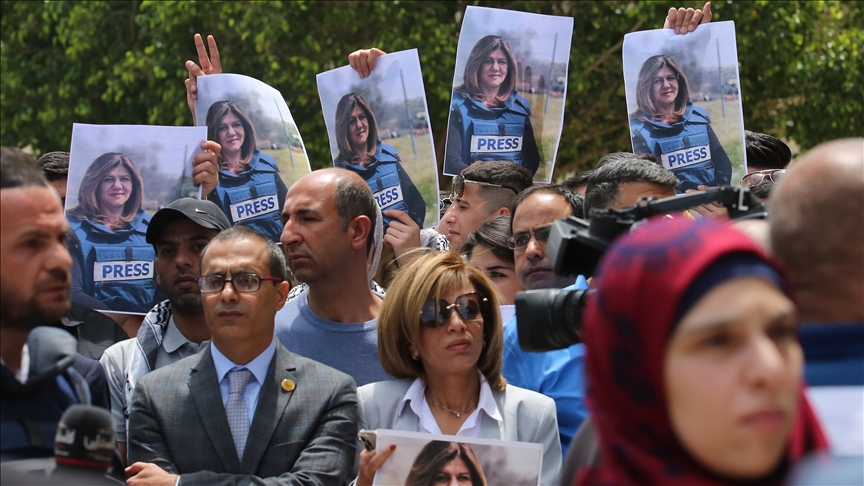 The killing of prominent Palestinian journalist Shireen Abu Akleh is a "potential war crime," a UN official said .
The UN Special Rapporteur on Palestine, Francesca Albanese, said in an interview with Anadolu Agency that the crime constitutes a "serious violation of international humanitarian law and is potentially a war crime under the Rome Statute of the International Criminal Court."
Veteran journalist Abu Akleh was among the reporters who rushed to the northern city of Jenin in the occupied West Bank to cover an Israeli military raid before she was shot dead by an Israeli force, according to the Palestinian Health Ministry.
Albanese went on to note that "the tragic death of Shireen Abu Akleh is yet another serious attack on journalism and freedom of expression and the right to life and safety in the occupied Palestinian territories."
"Abu Akleh’s killing must be thoroughly investigated in a transparent, rigorous and independent manner," she added.
She also called for ending the violence in the occupied Palestinian territories, asserting that "it is the right moment to demand that the illegal occupation of Palestine be dismantled."
Earlier on Wednesday, Al Jazeera television accused Israeli forces of deliberately assassinating Abu Akleh “in cold blood.”
“We pledge to prosecute the perpetrators legally, no matter how hard they try to cover up their crime, and bring them to justice,” the Doha-based television network said.
Abu Akleh was born in Jerusalem in 1971 and earned a BA in journalism and media from Yarmouk University in Jordan. She also held US citizenship.
Farah News /Agencies