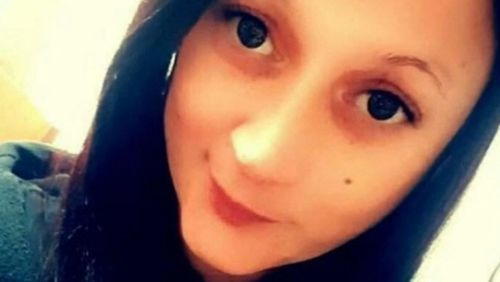 It's understood that 35-year-old mother Jade Ross is the victim of the brutal attack at the Ingle Farm Shopping Centre carpark in Adelaide. (9News)
South Australian Police swarmed in numbers at Ingle Farm Shopping Centre carpark in Adelaide on Friday after a woman was brutally attacked nearby.
Jade Ross, 35, was seriously injured in what her friend Bonne Roper says was a horrific attack on Thursday night.
"I'm in shock," Roper told 9News.
Roper says her friend has been left with wounds to her head and upper body and remains in the Royal Adelaide Hospital.
"I was told that she was found on Montague Road and that she's in an intensive care unit. She's been sedated. They can't talk to her. She's messed up."
Witnesses stopped to help Ross at about 10.30pm after they found her lying in a pool of blood and flagged down a passing patrol car near the shopping centre.
"There was heaps of people involved. In the carpark, everyone was running everywhere. We called the police," one of the witnesses Michael Crawford said.
Police say witnesses saw a person running from the scene, heading north across Montague Road.
The person remains on the run.
Investigations are ongoing, but police say they don't believe it was a random attack.
Farah News /9News