Woman dies after falling into fire at NSW campground

Woman dies after falling into fire at NSW campground 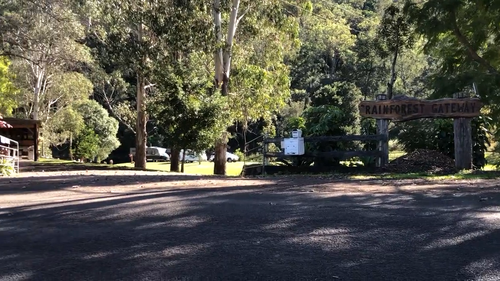 A woman has died after she fell into a campfire at Gradys Creek, NSW. (9News)
A woman has died after falling into a campfire in northern New South Wales.
Emergency services were called to the camp site at Gradys Creek, near the Queensland border, about 10pm yesterday.
The 54-year-old woman died at the scene before emergency services arrived.
Police do not believe the death was suspicious.
They will prepare a report for the coroner.
Farah News /9News