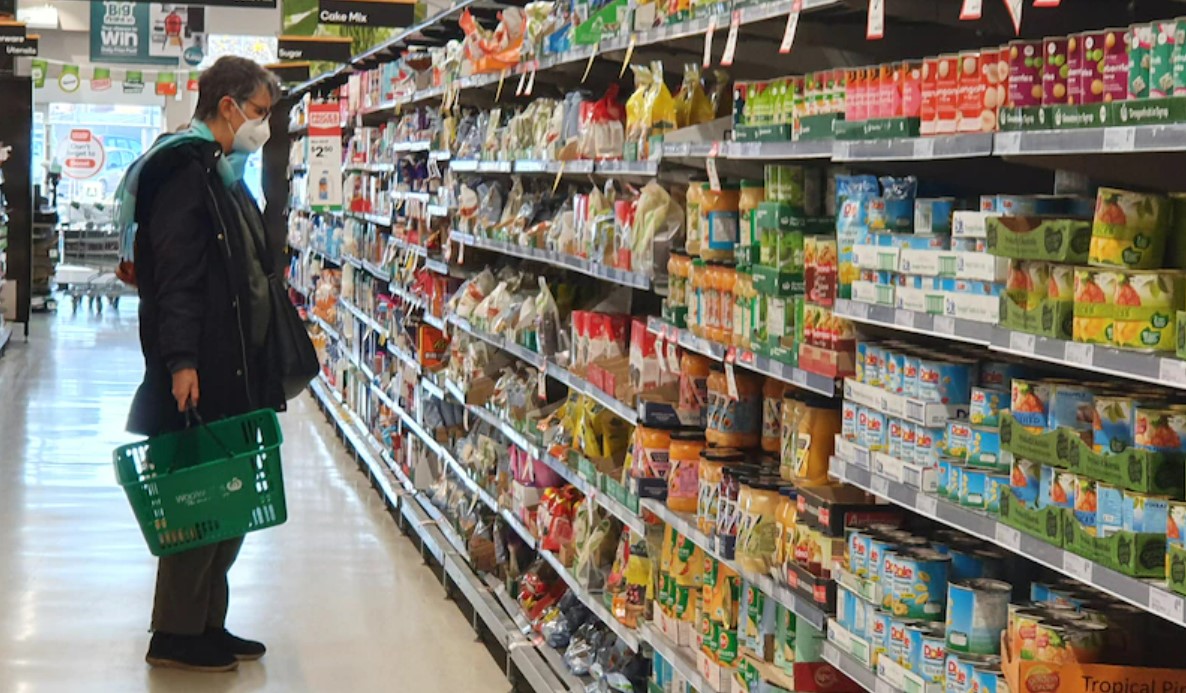 Food, energy and petrol prices continue to rise.(ABC Rural: Jane McNaughton)Today marks the start of the new financial year, but it seems there's not an awful lot to celebrate.

Despite the minimum wage rising by more than 5 per cent from today, wage growth for the vast bulk of workers remains stubbornly low, while the cost of food, energy and petrol continue to rise.

In recent years, millions of Australians — through investments and superannuation — have gained from record-high stock and property prices but these, too, are now falling in value.

The Australian stock market is down over 10 per cent from its recent all-time high.

Safer investments like bonds have had their worst start to the year since the last 1700s, according to investment firm Deutsche Bank.

"Thanks to central bank monetary tightening on the back of the worst inflation breakout in decades not helped by the invasion of Ukraine, bond yields surged over the last financial year, [resulting in an 8-10 per cent loss for bonds]," AMP chief economist Shane Oliver said.

"As a result, balanced growth superannuation funds are estimated to have seen a negative return of around -3 to -5 per cent over the last financial year."

Cryptocurrencies are on the nose too.

The bitcoin price has crashed to levels not seen since November 2020.

Financial markets are reacting to fears inflation, which is rising at its fastest pace in more than 40 years, will push interest rates sharply higher, potentially choking off demand in the economy as borrowing and spending fall.

"We have revised down our outlook for property prices and now expect a larger peak to trough fall of around 18," NAB chief economist Alan Oster noted.

"On a month-on-month, seasonally adjusted basis, growth for the NAB Online Retail Sales Index contracted again in May (-0.9 per cent), following on from a significantly revised contraction in April (-1.3 per cent)."

"A combination of new data and revisions shows hospitality in a better position than we expected earlier this month, while retail looks weaker – perhaps a sign of an ongoing switch from goods to services post-pandemic restrictions.

"Other sectors are mixed to weaker overall, pointing to a consumer sector that is more apprehensive in the face of high inflation, rising official interest rates and increasing economic uncertainty.

"While rising rates are yet to hit the consumer (much of this impact will be delayed until 2023), the data point to increasing apprehension, especially on non-discretionary goods."

Huge demand from China for Australia's natural resources, and government pandemic stimulus payments have kept the economy afloat in recent times, but the latest data show its shoppers now doing most of the heavy lifting.

The inevitable question then becomes, is Australia at risk of entering a recession in the months ahead?

A recession is defined by two consecutive quarters of negative economic growth.

Former Treasury economist Warren Hogan believes there is now a 50 per cent chance of a recession in Australia next year.

"It is the desirable outcome as it will be shallow, short lived and followed by a strong recovery," he said.

"It will also help bring inflation down. The unemployment rate may only rise to 4.5 per cent, still very close to full employment," Mr Hogan said.

Much comes down to just how high inflation will rise in the months ahead.

Most economists, including the Reserve Bank governor, are forecasting inflation to peak at 7 per cent.

"So the bottom line remains that until there is clear evidence inflation is falling, central banks will continue tightening, keeping recession risk high," Mr Oliver said.