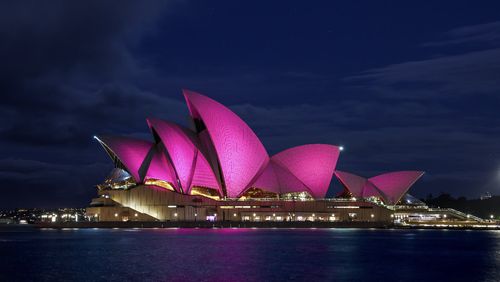 .."It is a touching tribute that the Sydney Opera House, a venue she performed at many times, will tonight be cloaked pink in her honour."
It comes as landmarks across Melbourne glowed pink on Tuesday evening to pay tribute to the star, who passed away in her California ranch after a years-long battle with cancer.
Her niece, Totti Goldsmith, confirmed late on Tuesday the family would accept an offer of a state funeral in Victoria to farewell the entertainment icon.
Farah News /9News