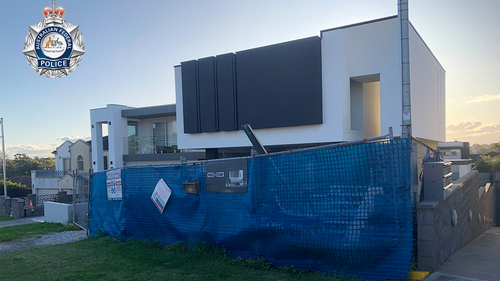 The AFP has seized a house in Connells Point from a man accused of importing cocaine. (AFP)
Federal police have seized two homes, a Mercedes-Benz and six bank accounts, worth an estimated $4.4 million in total, from a Sydney man accused of importing cocaine.
The 41-year-old man allegedly brought 2.1kg of cocaine into Australia via the post in February 2021, and was arrested and charged with the unlawful importation of a border controlled drug in June of that year.
Police have now seized his assets, including a house in Sydney's Connells Point and a second property in Queensland, after court orders were made last Thursday.
Australian Federal Police (AFP) Commander Criminal Assets Confiscation Stephen Fry said police were determined to ensure criminals did not enjoy benefits of their crimes.
"The AFP is relentless in pursuing every legal avenue to deprive criminals of their ill-gotten wealth, taking the profit out of their crimes and disrupting future criminal operations," he said.
Fry has warned criminals his team will track down and seize their profits of crime.
"No person or criminal group is beyond the reach of the taskforce," he said.
"The lavish criminal lifestyle is short-lived.
"We will take away the proceeds of your crimes, including your million-dollar properties, luxury vehicles and funds in any bank accounts."
The man was arrested under Operation Ironside, a covert operation using an encrypted app distributed to organised crime networks and monitored by law enforcement.
The money obtained from the sale of assets confiscated by police is managed by the Australian Financial Security Authority (AFSA) on behalf of the Commonwealth.
It can then be distributed by the attorney-general to be used for crime prevention, intervention or diversion programs, or other police programs.
Farah News /9News