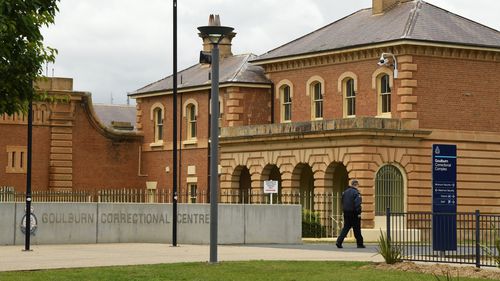 Prison officers across the state are expected to strike on Friday. (The Sydney Morning Herald)
More than 6000 prison officers across NSW say they will go on strike on Friday after a charge against one of their colleagues was upgraded to murder.
The charge relates to the shooting of an inmate escaping Lismore Base Hospital in 2019.
The prison officer was charged with manslaughter but the Director of Public Prosecutions has since upgraded that charge to murder.
Prison officers argue the officer acted according to protocol and he had no other choice when the escaping inmate assaulted another officer and tried to flee.
"As soon as a prisoner used force to break free and started fleeing the protocol was crystal clear: warn the escaping prisoner, and, if no response, shoot for the body mass," Public Service Association NSW General Secretary Stewart Little said.
"Officer A didn't go to work that fateful day wanting to shoot anyone. His life has been ruined by this moment. He can't work. His mental health and his family life has deteriorated. He is a victim, not a murderer."
Little defended the actions of the officer and said it is "morally wrong to place responsibility on a single individual".
"Prison officers work incredibly hard in dangerous jobs to maintain the toughest part of a justice system we all benefit from," he said.
"If they have to worry about having their lives ruined by a murder charge for following protocol they'll quit in mass numbers and not return.
He added the upgrading of the charges makes prison officers question the use of weapons.
"If they are not to use weapons, they should not be deployed with them. If they are to use them, they should have clarity they will not be charged with murder," Little added.
The strike is expected to impact all of the state's correctional facilities with around 6000 officers being asked to participate in the action.
Farah News /9News