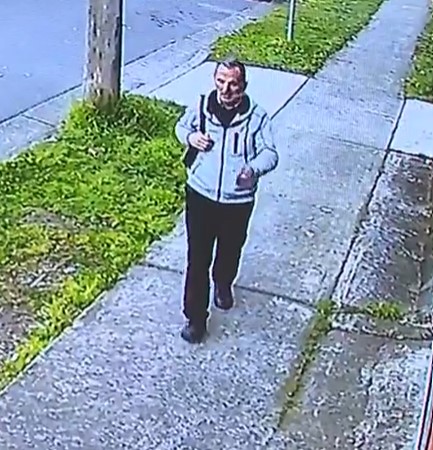 A father-of-four has died after a suspected hit-and-run in western Sydney, with police searching for the driver involved.
Saad Maqdasi Hanna can be seen in CCTV video smoking a cigarette and waiting for a break in the traffic before trying to cross Sackville Street in Fairfield at 5.46am on Monday.
A black Honda Accord with green P-plates ﻿turned a corner, rolled through a stop sign, hit him and then sped off, the video appears to show.
Someone walking down the street ran into a nearby petrol station and called emergency services.
Paramedics treated the victim for ﻿critical head injuries but he died at the scene.
"You just feel sad. He's going to work in the morning and that just happens to him out of nowhere," friend Michael told 9News.
"Honestly, I've known the guy long time﻿, he's a very nice guy - he's got a family, four children.
"It's very sad."
A crime scene has been established and police are searching for the driver.
"The driver should hand themselves into the nearest police station," Detective Inspector Jason Hogan said.﻿
Officers are also asking anyone who﻿ was in the area from 5.45am to 5.50am, including people with dashcam footage, to come forward.﻿
Farah News /9News