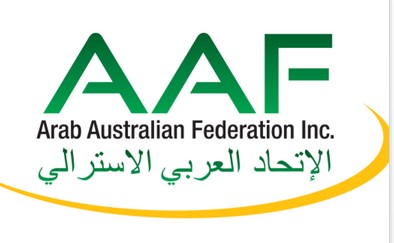 President of the Arab Australian Federation (AAF), Mr Eddie Zananiri, has today commended one of the largest Councils in Australia, Canterbury Bankstown City Council, on its endorsement of the Sydney Statement on Anti-Palestinianism. The Council unanimously resolved to endorse the Statement at its meeting on 29 September 2022.
The Statement, supported by more than 65 community groups, was crafted by the Arab Australian Federation in response to the incessant violations by Israel of the Palestinian people’s human, political, economic, and national rights under international law, including their right to self-determination and nationhood.
Speaking to a packed audience in the gallery, Mr Zananiri remarked that “In addition to broadly identifying a sample of some serious abuses suffered by the Palestinian people, this Statement upholds and encourages advocacy for Palestine and for the lives of Palestinians”. He added that “It does so by opening up and protecting the space for people to speak about oppression and to legitimately confront the oppressors without being hindered by contrived charges of anti-Semitism”. In fact, he reiterated the Federation’s vehement opposition to all forms of racism, prejudice and discrimination including anti-Palestinianism, Islamophobia, and anti-Semitism.
The Statement uses a measured language and has been endorsed by two former Australian Foreign Ministers Gareth Evans and Bob Carr. It is guided by eight principles and supported by irrefutable examples. In its introduction, it says the Statement was necessitated by decades of discrimination against the Palestinian people. “Today this discrimination is reflected in Israel’s military occupation of Palestinian land, the containment of millions of Palestinians in refugee camps and the systemic attack on the lives and property of people under occupation”.
Speaking after the meeting, Mayor Khal Asfour said he was pleased with the outcome of the vote and the decision made by Council. “We have addressed a long-standing issue that has been a sore point for many in our community”, he said. “It was imperative Council showed leadership and provided space for concerned residents to speak their mind on the rights of the Palestinian people. “It was also about ensuring their rights under international law and their long-overdue aspirations for self-determination on their own land.”
Farah News