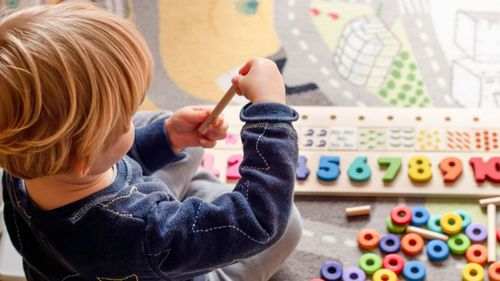 New childcare laws will increase subsidies for parents. (iStock)
N﻿ew childcare laws have passed through Parliament, with Prime Minister Anthony Albanese pledging they will leave over one million families better off.
Cheaper childcare was one of Labor's key election pledges, and subsidy increases were laid out in the new government's October budget.
From July 2023, the subsidy will lift from 85 per cent to 90 per cent for families with a combined income of less than $80,000.
That subsidy will drop by one per cent for each additional $5000 of annual income, until it ticks down to zero at $530,000.
For example, a couple with a combined income of $120,000 would receive an 82 per cent subsidy, up from the current 71 per cent.
"We've just passed new laws to make child care cheaper for more than one million Australian families, starting from July next year," Albanese announced on Twitter this morning.
﻿
﻿Labor's budget also included a promise for the consumer watchdog ACCC to undertake a 12-month inquiry into what drives childcare prices, along with a commission into improving affordability.
The government suggested a 90 per cent universal subsidy could also be on the table.
Farah News /9News