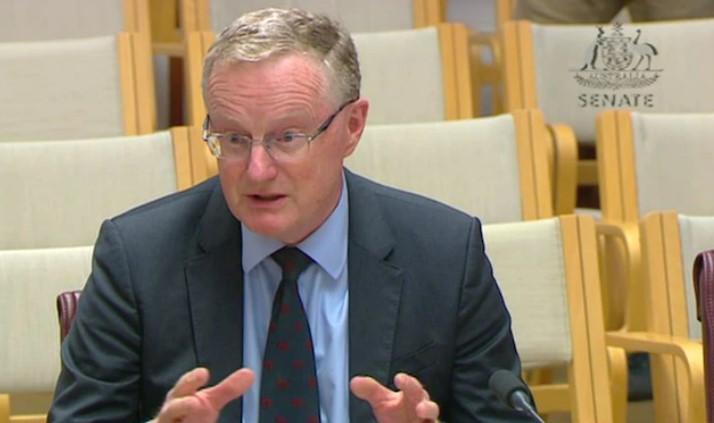 RBA Governor Philip Lowe has apologised to Australians who took out mortgages expecting rates to stay at historic lows.

Reserve Bank Governor Philip Lowe has apologised to Australians for giving them unclear guidance that led to hundreds of thousands taking out big mortgages in the expectation that interest rates would stay low until 2024.

Towards the end of 2020 and for nearly all of last year, Dr Lowe said interest rates would not likely rise until 2024.

At that time, almost 300,000 Australians took out loans six or more times their incomes, some with deposits as low as 10 per cent, based on that guidance.

But in November, the Reserve Bank of Australia hiked interest rates for a seventh consecutive month, warning that it now expects inflation to peak at a far higher-than-expected 8 per cent by the end of the year.

The cash rate has now hit 2.85 per cent, leaving many people on variable interest rates paying as high as 6 to 7 per cent on their mortgages, and struggling to make repayments amid the higher cost of living.

Dr Lowe was answering questions at the Senate Economics Committee hearing in Canberra on Monday, and said interest rates would continue to rise until inflation falls.

He said with the benefit of hindsight he would have been more clear with his message that rates would not rise until 2024, but his message always came with caveats.

Nevertheless, he said the central bank should have done more to make those caveats clear to the public.

"I'm sorry that people listened to what we've said and acted on that, and now find themselves in a position they don't want to don't want to be in," Dr Lowe said.

"But at the time, we thought it was the right thing to do. And I think looking back would have chosen different language.

"People did not hear the caveats in what we said. We didn't get across the caveats clearly enough, and the community heard 2024. They didn't hear the conditionality.

"That's a failure on our part, we didn't communicate the caveats clearly enough, and we've certainly learned from that."

RBA to change its communication strategy

Dr Lowe said the Reserve Bank would now change its approach in how it communicates to the public.

But he said in 2020 and 2021 during pandemic lockdowns, "the country was in a dire situation, and the Reserve Bank, we want to do everything we could to help the country get through that".

He said the central bank did not know at that time the Omicron wave of COVID-19 would not be as severe as the Delta wave, and that inflation would pick up so quickly towards the end of last year and this year.

"We also had a strong insurance mindset, we were thinking, 'well, what can go wrong here? And the things that go wrong was really, really bad'," he said.

He said their policy response to inject massive stimulus into the economy was the "right thing to do" at the time, but with the benefit of hindsight "we didn't get the forecast right".

"It was it was dire times, and we decided that we would do everything we could," he said.

Asked whether they had lost the confidence of the public, Dr Lowe said he did not think that was the case.

He said the financial market expects the Reserve Bank's series of interest rate hikes mean that it can get inflation within its target band of 2 to 3 per cent.

'If wages rise too much, inflation will and so will rates'

Dr Lowe said while real wages were going backwards the central bank was hoping that there would not be a massive spike in pay for workers.

He said that would make it harder for it to bring inflation back within its target band, and could prolong interest rate rises.

He said this was something he thought was unlikely to happen, but it was a possibility that was on the minds of central bankers all around the world.

"The best outcome for the country is for wages to pick up but to not go too much further," he said.