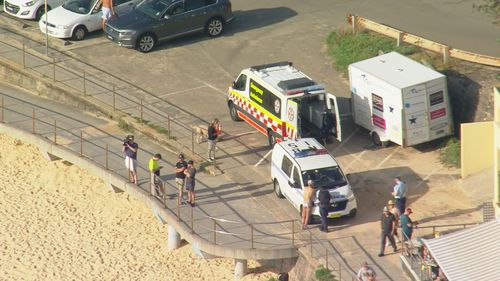 Emergency services tried to revive him but he died at the scene. (9News)
A﻿ man has died after being pulled from the surf while unconscious at a popular Sydney beach this morning.
The man, believed to be in his 60s, was rescued from the water at Curl Curl Beach in Sydney's Northern Beaches﻿ around 7.40am.
Paramedics tried to revive the man but he died on the beach.
He is yet to be formally identified.
﻿"Officers attached to Northern Beaches Police Area Command have commenced an investigation into the circumstances surrounding the incident," police said in a statement.
A report will be prepared for the Coroner.﻿
Farah News /9News