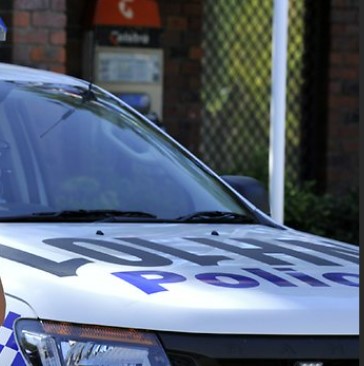 An elderly woman was forced to drive a stranger at knifepoint during one of two carjackings in Melbourne's south-east on Tuesday afternoon.
A ﻿30-year-old man was arrested just after midnight following a large-scale police chase that involved dogs and a helicopter.
The man allegedly climbed into the passenger seat of a 74-year-old woman's car ﻿after she had finished doing her shopping at a centre on Beach Street in Frankston about 4.30pm yesterday.
He allegedly threatened her with a knife and demanded she drive, before dropping her off at a service station﻿ in Frankston North about half an hour later.﻿
She was uninjured.
Her car was found crashed into a pole on Frankston-Dandenong Road about 6.25pm, with police told the driver had run from the scene.
The same man allegedly then used a knife to threaten a ﻿man and steal his white Toyota Camry sedan on Belvedere Road in Seaford about 7.30pm.
The pursuit started about 11pm when police allege the car failed to stop for them.
The car was tracked by helicopter and police laid spikes on Parer Street, bringing the chase to an end just after midnight. ﻿
The man, from Carrum Downs allegedly ran from the car and was caught by the dog squad.
He was taken to hospital, where he remains under guard.
Farah News /9News