Labour now has a 'mandate to accelerate', Jacinda Ardern says in victory speech

Labour now has a 'mandate to accelerate', Jacinda Ardern says in victory speech 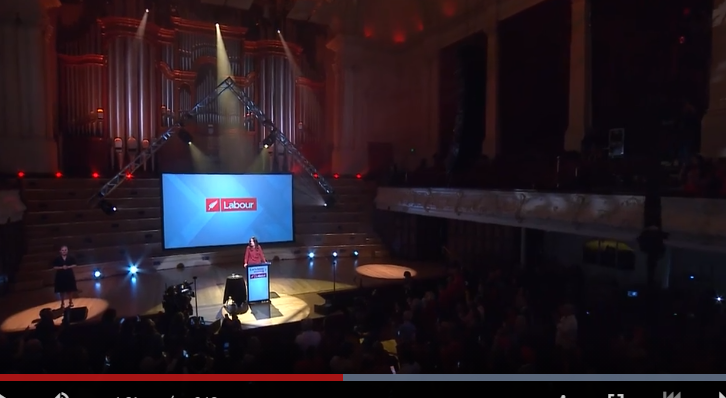 The Labour leader, in a speech to party faithful at Auckland Town Hall, pledged to rebuild New Zealand stronger following the pandemic. Source: 1 NEWS
Addressing her supporters at the Auckland Town Hall, Ardern said she had two simple words for New Zealanders: "Thank you."
“Tonight New Zealand has shown the Labour Party the greatest support in at least 50 years.
“I cannot imagine a people I would feel more privileged to work on behalf of and alongside and to be Prime Minister for.”
She specifically addressed those who usually don't vote Labour but did so this election.
“To you I say thank you. We will not take your support for granted. And I can promise you we will be a party that governs for every New Zealander.
“And governing for every New Zealander has never been more important than it has been now.”
The party now has a mandate to accelerate, she said, pledging to rebuild New Zealand stronger following the Covid-19 pandemic.
“This has not been an ordinary election and it’s not an ordinary time. It’s been full of uncertainty and anxiety and we set out to be an antidote to that.
“Labour will lead the Government for the next three years.
“There is much work to do. We will build back better from the Covid crisis. Better, stronger with an answer for the many challenges we’ve already faced.”
She reiterated the Labour Party’s plans to work on the economy, create more jobs and work on the poverty crisis over the next three years.
She also acknowledged the huge win for Labour candidates in many former National strongholds.
“We have seen that support in both urban areas and in rural areas and seats we may have hoped for but in those equally we may not have expected.
"Thank you to the many people who gave us their vote."
tvnz
Farah News