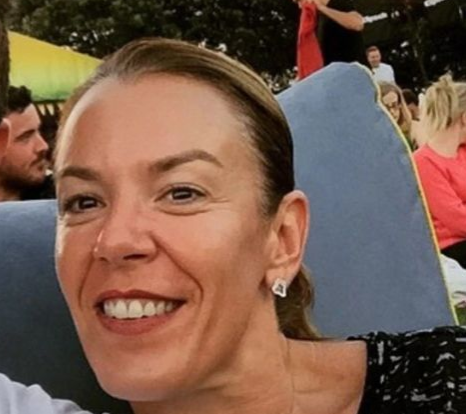 Family of Melissa Caddick plea for her safe return home
NSW detectives are treating the mysterious disappearance of a businesswoman from her cliff-top home in Sydney's eastern suburbs as suspicious.
Melissa Caddick left her Dover Heights home early on Thursday morning last week and is believed to have gone for a run, but didn't take her wallet, keys, or mobile phone.
Two days before she vanished, Australian Federal Police (AFP) raided her Wallangra Road property as part of an ongoing investigation by the Australian Securities and Investments Commission (ASIC).
Documents obtained by the ABC reveal the 49-year-old was served court orders recently preventing her from leaving Australia or selling any of her assets.
Detective Inspector Gretchen Atkins today urged anyone in the area to check their CCTV or dashcam to help with the investigation.
"We have some serious concerns for her personal safety — she did not take any of her personal belongings," she said.
"She hasn't been in touch with her husband, her son, her family or any of her friends since and we're actually appealing to anybody who has seen anything."
Her husband, Anthony Koletti, remained composed when he fronted the media today during a public appeal for information outside Bondi Police Station.
He described her disappearance as "extremely out of character".
"Melissa is a dedicated and incredible mother, a beautiful daughter, sister and loved wife — we are asking the community to help bring Melissa home — that is all," he said, reading from a statement.
Mr Koletti said he was asleep when his wife left their home about 5:30am last Thursday.
"You know how much we love you; everything is taken care of — you are not in trouble," he said.
"There is nothing else I can give you further — we just want her back, that is all."
The property is fitted with a security camera, but sources close to the investigation say it had stopped working two days before Ms Caddick went missing.
Her older brother, Adam Grimley, was teary and choked up as he read a statement as part of the public appeal for information.
"Melissa, please let us know you are safe and sound, we love you — to our communities, we need your help to bring my little sister home," he said.
"She is a lovely person, a lovely mother and a great sister to me."
An air, sea and land search has been conducted by police, but officers admit they are struggling to find any solid leads.
"If Melissa, you are out there, we are really appealing for you to get in touch with us and to come home safely," Detective Inspector Atkins said.
"It's suspicious in that we just need to find her."
Ms Caddick, who is the managing director of a Sydney consulting firm, was last seen wearing a black singlet top, leggings and silver Nike sneakers.
Anyone with information should contact Crime Stoppers or Bondi Police.
abc
Farah News