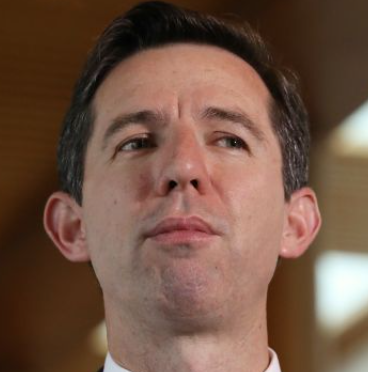 Simon Birmingham says the government will stand firm on media legislation
The federal government is pulling all its advertising campaigns from Facebook, as the social media platform continues to block Australians from accessing news.
On Sunday, Health Minister Greg Hunt said his department would not be using Facebook for advertising campaigns.
Finance Minister Simon Birmingham, who oversees public expenditure, said on Monday that the ban would be extended across the government.
"My expectation is that we will pull back from advertising while they undertake this type of terrible activity of pulling down sites inappropriately, seeking to exert power or influence over our democratic systems," he told Radio National.
"We won't tolerate that, we will be standing firm on the legislation and looking at all those advertising points."
The government spent $42 million on digital advertising in 2019-20. The ACCC has reported around one quarter of all online advertising expenditure in Australia goes to Facebook, indicating the move may cost Facebook millions.
The move comes after Facebook blocked news and news-related pages for Australian users last week.
Charity, health and government pages including 1800Respect, the WA Department of Fire and Emergency Services and the Bureau of Meteorology were "inadvertently" blocked as well.
Facebook's decision was prompted by a government bill to force digital tech giants to negotiate with publishers over how much to pay them for use of news in search results or on social media.
Mr Birmingham today said that Treasurer Josh Frydenberg had had further conversations with Facebook founder Mark Zuckerberg.
"We'd urge Facebook to acknowledge it should behave as we would expect any other re-publisher of content to behave," he said.
He added the government was committed to the current form of the bill, despite the ongoing discussions with Facebook.
Labor's communications spokesperson Michelle Rowland said she respected the decision to pull advertising, but feared misinformation may spread without the right messaging.
"I wouldn't say that this should be a blanket issue the government should take up," she said.
"There are very sound reasons to advertise in some circumstances and not others. It is unfortunate that this has come about at a time when we are in the middle of a pandemic."
A Facebook spokesperson said the company was engaging with the government on "our ongoing concerns with the proposed law".
"We will continue to work with the government on amendments to the law, with the aim of achieving a stable, fair path for both Facebook and publishers."
Deals between Google and publishers reported last week totalled more than $60 million.
Disinformation code
While the dispute between Facebook and the government continues to rage, digital giants — including Facebook — released an industry code on Monday aimed at combatting the spread of misinformation.
The code has been adopted by Twitter, Google, Facebook, Microsoft, Redbubble, and TikTok and developed by Australian internet and social media industry group DIGI.
It requires signatories to "develop and implement measures which aim to reduce the propagation of and potential exposure of users" to misinformation and disinformation.
The Australian Communications and Media Authority will report to government on the code's effectiveness by the end of June.
"In this code, we've worked to get the balance right with what we think people expect when communicating over the internet," DIGI managing director Sunita Bose said.
"Companies are committing to robust safeguards against harmful misinformation and disinformation that also protect privacy, freedom of expression and political communication."
Communications Minister Paul Fletcher said the government would be "watching carefully" to see whether the code was effective.
The code is in response to a recommendation in the 2019 ACCC Digital Platforms Inquiry.
In its formal response to the inquiry, the government supported the recommendation in principle, warning "should the actions and responses of the platforms be found to not sufficiently respond to the concerns identified by the ACCC, the government will consider the need for further measures".
abc
Farah News