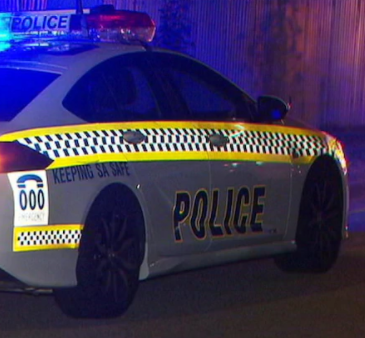 Police have asked anyone with information to call Crime Stoppers.(ABC News)
Police say a man was drunk and on drugs while a child was unrestrained on the lap of the front seat passenger when he was pulled over in Adelaide's south on Friday afternoon.
They say the man drove his red Mazda 2 "erratically and at speed" through the intersection of Main South and Flaxmill roads at about 5:15pm, nearly crashing into the median strip.
Officers allegedly noticed a toddler sitting without a seatbelt in the front passenger's lap and pulled the car over.
The driver, a 32-year-old Morphett Vale man, recorded a blood-alcohol reading of 0.120 and also allegedly tested positive for methamphetamine and cannabis.
He was reported for aggravated driving without due care, drink driving and having an unrestrained child in the vehicle.
He also lost his drivers licence for six months and his car was impounded for 28 days.
The Department for Child Protection was notified of the incident.
Car driven on three tyres
Separately, a Salisbury East man has been arrested after he was caught driving a car with just three tyres.
He allegedly blew a tyre after crashing into a ute but continued driving on the rim along Briens Road at Walkley Heights about 1:00am today.
Police tracked the 32-year-old down after a member of the public reported the car was running red lights.
The man was charged with driving under the influence, driving in a dangerous manner, failing to provide personal details and failing to exchange details at the scene of a crash.
abc
Farah News