He was last seen barefoot in a windbreaker by a campfire

He was last seen barefoot in a windbreaker by a campfire 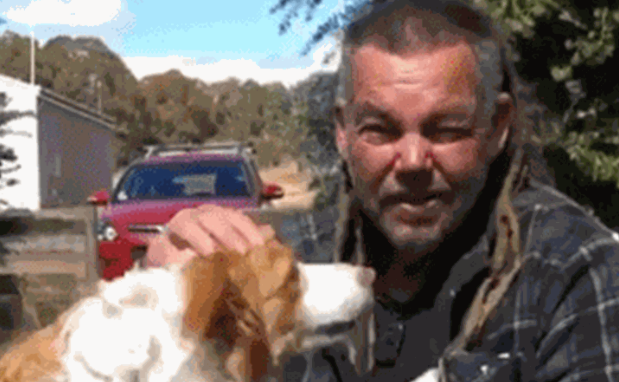 Christopher Fowell vanished in Bendoc, Victoria, on Saturday. (Victoria Police)
A mass search is underway for a missing camper who vanished from a campsite near the Victoria-NSW border three days ago.
Concerns have escalated for the missing NSW camper, Christopher Fowell, as a cold snap has triggered frosty nights and the lowest temperatures so far this year.
The 54-year-old was last seen around a communal campfire at the Victorian camping ground on Playground Road, near Plantation Track, in Bendoc about 11am on Saturday.
The man has not been seen since, prompting a large-scale search by police, the Search and Rescue Squad, and other agencies, who continue to scour the vicinity of Playgrounds Road and Old Bendoc-Bonang Road.
The Bush Search and Rescue Victoria, State Emergency Services, VicForests and the Game Management Authority are also assisting in the search in the East Gippsland region.
"Police and family hold concerns for Christopher's welfare as he is not dressed for the extreme overnight weather conditions due to his personal belongings remaining at his campsite," a police statement read.
Mr Fowell's right arm is plastered and he was last seen barefoot, wearing shorts and a windbreaker.
Investigators have released an image of the man in the hope someone recognises him and can provide information on his whereabouts.
He is described as being 175cm tall, with a medium build and brown hair in dreadlocks.
Anyone with information on his whereabouts is urged to contact Bairnsdale Police Station on 03 5150 2600 or call Triple Zero.
9News
Farah News