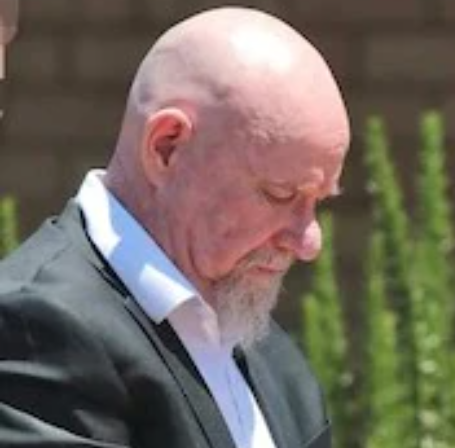 Francis Wark was convicted of manslaughter in his retrial for the death of Hayley Dodd.(ABC News)

Almost 22 years since Hayley Dodd vanished from a remote West Australian road,  convicted rapist Francis John Wark has been sentenced to 18 years in jail for the teenager's manslaughter.

It is the highest sentence ever imposed in WA for manslaughter, and Justice Stephen Hall ruled the killing was in the worst category of the offence.

Wark, 65, was made eligible for parole after 16 years but with new "no body, no parole" laws — introduced in WA at the instigation of Hayley's mother — he faces the prospect of serving the entire sentence behind bars if he does not reveal the location of the teenager's remains.

It is the second time Wark has been jailed over the disappearance of Hayley, who was last seen alive on July 29, 1999, walking along a road near a property he owned near the town of Badgingarra.

In 2018 he was found guilty after a judge-alone trial of murdering the 17-year-old and sentenced to life with a 21-year minimum.

But two years later his conviction was quashed and a retrial ordered after the WA Court of Appeal ruled the judge had made an error of law in finding him guilty.

The retrial, before a Supreme Court jury, took place over seven weeks earlier this year and ended with Wark being found not guilty of Hayley's murder, but guilty of the lesser offence of unlawfully killing her.

The reasons for the jury's verdict will always remain confidential but it appeared it was not satisfied Wark intended to kill the teenager.

Unlike murder which attracts a life jail term, the offence of manslaughter — because it was committed in 1999 — carried a 20-year maximum.

The sentencing came after Margaret Dodd and her daughter Toni read their victim impact statements to the court, with Wark sitting looking at them in the dock.

Margaret Dodd said it was not possible to describe the "sheer hell, desperation and helplessness and destruction" she and her family had felt for the past two decades.

She said her daughter's only crime was her naivety, and she herself felt guilty for not being able to protect her from the real world.

Ms Dodd again pleaded with Wark to tell her where to find her daughter's remains, saying she continued to pray that he would not hold on to that secret.

In her statement, Toni Dodd said she had not had a decent night's sleep in 21 years due to the nightmares she had about Hayley being attacked, telling the court she she could hear her calling for help.

She also said she worried she would forget about Hayley whose disappearance continued to destroy her and her family's lives.

Wark showed no emotion as the statements were read, and during the sentencing remarks by Justice Hall.

Justice Hall said he was satisfied the teenager's death happened in the course of a sexually motivated attack by a man who had a tendency to attack vulnerable women.

He said the offence was also aggravated by Wark's disposal of the body in such a way that it has never been found, and his failure to reveal where it may be had magnified the anguish and distress of Hayley's family.

Wark has always denied having anything to do with the teenager's disappearance.

He was investigated in 1999 but maintained he was doing his fortnightly shopping in the town of Moora about 50 kilometres away from where Hayley was last seen.

The case went nowhere until 2013 when there was a cold case review of all the evidence, and an earring believed to belong to Hayley was found in a car seat cover seized in 1999 from the vehicle Wark was driving.

In 2013 Wark was in jail in Queensland serving a lengthy jail term for the violent sexual assault of a 31-year-old woman he picked up on a remote road in 2007.

Wark was charged with Hayley's murder two years later and extradited to Perth to stand trial.

Wark has 'heart of stone'

Outside the court, Margaret Dodd welcomed the sentence saying "justice had been done".

She said she read her statement to the court because she wanted to address Wark directly.

"I wanted to get it over to him, 'tell us where Hayley is'.

I wanted him to feel it, but not a single reaction from him. A heart of stone," she said.

"My focus was, 'I'm talking to you, you are going to hear me. I want answers'. I doubt he ever will give us them because of his reaction.

"Be a man, stop appealing, stop wasting the taxpayers' money. You're guilty, you did it," she said.

"There wasn't even any emotion when the sentenced was handed down or anything," she said.

"There was nothing. He is a pure evil man."

Her daughter, Charmaine, who has just given birth to a girl, also spoke, breaking down as she said what had happened to Hayley had affected her own parenting.

Wark's sentence was backdated to June 2019, to take into account the time he had already been in custody over Hayley's disappearance.

He will first be eligible for release on parole in 2035, but if he does not disclose Hayley's whereabouts he will be behind bars until 2037.

During the sentencing hearing, the court was told the previous highest sentence imposed for manslaughter in WA was 12 years, making the 18-year term given to Wark the longest ever received for the crime.