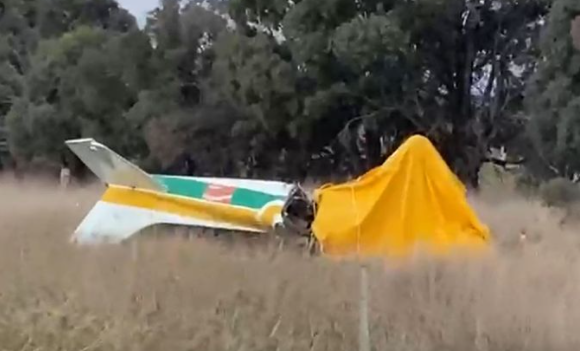 Two people have died after a light air craft crashed near Canberra. (Supplied)
Two men have been killed in a light plane crash north-east of Canberra.
Emergency services were called to a property on Tallagandra Lane, Sutton, about 4.30pm today after reports an aircraft had crashed into a paddock.
NSW Police said in a statement the pilot and passenger on board died at the scene. They are yet to be formally identified.
Police have been told the Cessna 172 left Canberra Airport about 1.30pm.
Officers from the Hume Police District established a crime scene and are investigating the cause of the crash.
The Australian Transport Safety Bureau have been notified.
A report will be prepared for the Coroner.
9News
Farah News