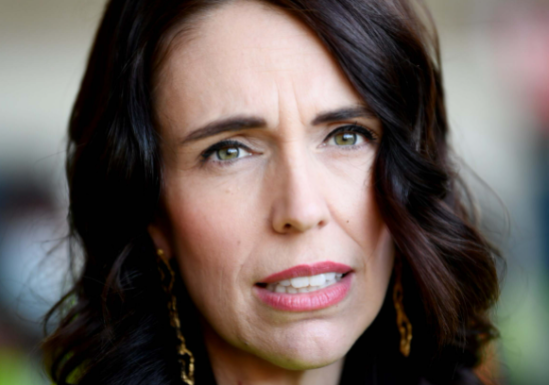 Jacinda Ardern says differences between New Zealand's and China's values and interests are "becoming harder to reconcile" as Beijing's role in the world grows and changes.

In a speech at the China Business Summit in Auckland on Monday, the New Zealand Prime Minister said there were issues on which China and New Zealand "do not, cannot, and will not agree", but said those differences need not define their relationship.

"It will not have escaped the attention of anyone here that as China's role in the world grows and changes, the differences between our systems — and the interests and values that shape those systems — are becoming harder to reconcile," she said.

"This is a challenge that we, and many other countries across the Indo-Pacific region, but also in Europe and other regions, are also grappling with."

Ms Ardern's comments come amid growing tension between China and some of New Zealand's key partners, especially Australia and the United States.

US Secretary of State Antony Blinken said in an interview that aired on Sunday in the US that China had recently acted "more aggressively abroad" and was behaving "increasingly in adversarial ways".

Asked if Washington was heading towards a military confrontation with Beijing, Mr Blinken told CBS's 60 Minutes program that: "It's profoundly against the interests of both China and the United States to get to that point, or even to head in that direction."

"What we've witnessed over the last several years is China acting more repressively at home and more aggressively abroad. That is a fact," he added.

He said it sounded like the actions "of someone who's trying to compete unfairly and increasingly in adversarial ways. But we're much more effective and stronger when we're bringing like-minded and similarly aggrieved countries together to say to Beijing, 'This can't stand, and it won't stand.'"

Ardern says New Zealand will continue to speak out on China

New Zealand is facing pressure from some elements among its Western allies over its reluctance to use the Five Eyes intelligence and security alliance, which also includes Australia, Britain, Canada and the United States, to criticise Beijing.

"This speech appears to be crafted to deflect surprisingly sharp and severe criticism from commentators after Ms Mahuta's remarks last month," said Geoffrey Miller, an international analyst at the political website Democracy Project.

However, the comments do not change New Zealand's overall shift to a more China-friendly, or at least more neutral position, he said.

"Ardern and Mahuta are selling the new stance as New Zealand advancing an ‘independent foreign policy’ that is not loyal to any major bloc," he added.

China, New Zealand's largest trading partner, has accused the Five Eyes of ganging up on it by issuing statements on Hong Kong and the treatment of ethnic Muslim Uyghurs in Xinjiang.

Ms Ardern said New Zealand would continue to speak about those issues individually, as well as through its partners.

She said managing the relationship with China was not always going to be easy, and added: "There can be no guarantees".

"We hope that the New Zealand side could hold an objective and a just a position, abide by international law and not interfere in China's internal affairs so as to maintain the sound development of our bilateral relations," she said in her speech.

China is engaged in a diplomatic row with Australia and has imposed trade restrictions after Canberra lobbied for an international inquiry into the source of the coronavirus. Beijing denies the curbs are reprisals, saying reduced imports of Australian products are the result of buyers' own decisions.

Ms Ardern said how China treated its partners was important.

"We hope that China sees it in its own core interests to act in the world in ways that are consistent with its responsibilities as a growing power, including as a permanent member of the UN Security Council," she added.

China to be an issue at this week's G7 meeting

Mr Blinken arrived in London on Sunday for a G7 foreign ministers meeting where China is one of the issues on the agenda.

In the 60 Minutes interview, he said the US was not aiming to "contain China" but to "uphold this rules-based order — that China is posing a challenge to".

"Anyone who poses a challenge to that order, we're going to stand up and defend it," he said.

US President Joe Biden has identified competition with China as his administration's greatest foreign policy challenge.

In his first speech to Congress last Wednesday, he pledged to maintain a strong US military presence in the Indo-Pacific and to boost US technological development.

Last month Mr Blinken said the United States was concerned about China's aggressive actions against Taiwan and warned it would be a "serious mistake" for anyone to try to change the status quo in the western Pacific by force.

The US had a long-standing commitment under the Taiwan Relations Act to ensure that self-governing Taiwan has the ability to defend itself and to sustain peace and security in the western Pacific, Mr Blinken said.

Over the past few months, Taiwan has complained about repeated missions by China's air force near the island, which China claims as its own.