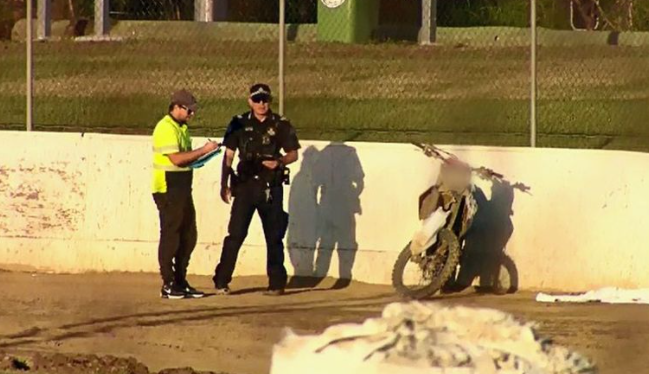 Queensland Police are this afternoon investigating the death of a 16-year-old boy following a fatal dirt bike incident in Brisbane's north.
A 16-year-old boy has died in a dirt bike race in Brisbane's north.
Police said the boy was taking part in a race at the Queensland Dirt Bike Racing Championships at Mick Doohan Raceway when his vehicle struck a fence about 1.45pm afternoon.
The boy was pronounced dead at the scene as a result of the collision.
Talking to media at the raceway this afternoon, Inspector Laurie Shevlin said the death was something "no one would've foreseen".
"A very tragic incident and something that no one would've foreseen – there's one family here tonight who are dealing with some terrible loss," Inspector Shevlin said.
"From all accounts, he was a lovely young man and a promising dirt bike rider – to have his life cut short like this, unspeakable,"
9News
Farah News