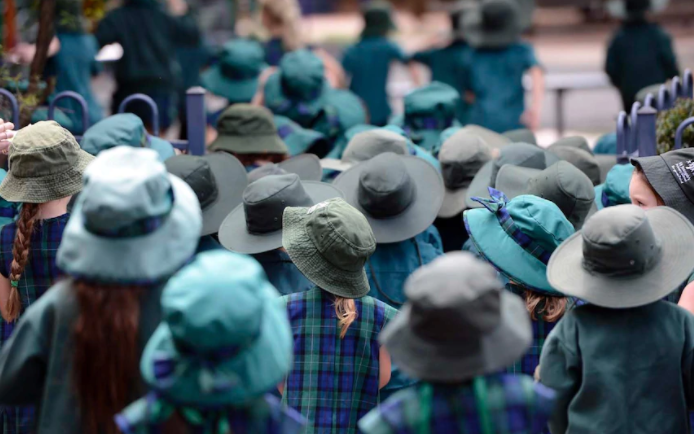 A survey of principals found four in 10 had been subjected to violence at work in the past year.(AAP: Dan Peled)
Schools will have the power to ban aggressive and violent parents from entering school grounds under a Victorian government bill introduced to parliament today.
The bill will empower school principals or other authorised persons to issue School Community Safety Orders to parents or carers who are harmful, threatening or abusive.
If a person fails to comply with a Safety Order, they could be referred to a Magistrate's Court.
Schools will also be able to ban parents who use communication or social media in an abusive or threatening way.
Parents who are banned from school grounds will still be able to communicate with the school and can seek an external review of a ban at the Victorian Civil and Administrative Tribunal
Education Minister James Merlino said the bill targets the small number of parents who engage in inappropriate behaviour.
"No-one should be threatened or intimidated at work or at school – that’s why we’re introducing these new laws to protect staff, students and their families," he said.
"These vital new measures will empower our senior school leaders to take necessary actions when inappropriate behaviour is being levelled towards people in the school community."
Violence against principals and teachers a growing concern
The bill arises from recommendations from the 2018 Protective Schools Ministerial Taskforce and follows the results of a survey in March which found four in 10 school principals were subjected to violence at work in the past year.
The wellbeing survey of 2,248 school leaders by Australian Catholic University [ACU] and Deakin University found there had been a steady increase in bullying, physical violence, threats of violence, slander, sexual and verbal harassment of principals over the past 10 years.
Orchard Grove Primary School principal, Glenda Harry, told ABC Radio Melbourne that episodes of violence at schools were becoming too common.
"I hear stories all the time of principals under pressure from verbal abuse to threatened physical abuse and so on and it really adds a dreadful nasty layer onto your job which is already stressful," she said.
"I had a drug-affected parent who didn't have access to his children and he came to the school looking for me, and that's when it's fantastic to have a principal's office with two doors."
Ms Harry said on another occasion, at a previous school at which she worked, a mother entered the school grounds armed with a knife.
"If a parent comes in and is aggressive, I haven't got a hope of getting away, so they're going to be in my room before I know it."
Ms Harry welcomed the new bill, saying it was an extra layer of support for principals and also sent a strong message to parents that aggressive behaviour would not be tolerated.
Shadow Education Minister David Hodgett said the opposition had not yet seen the legislation but is likely to support it.
"I think anything we can do to support our principals and teachers in a constructive and positive way to have a safe working environment is a good thing," he said.
"Where a small minority overstep the mark I think this gives principals those powers to deal with those circumstances."
abc
Farah News