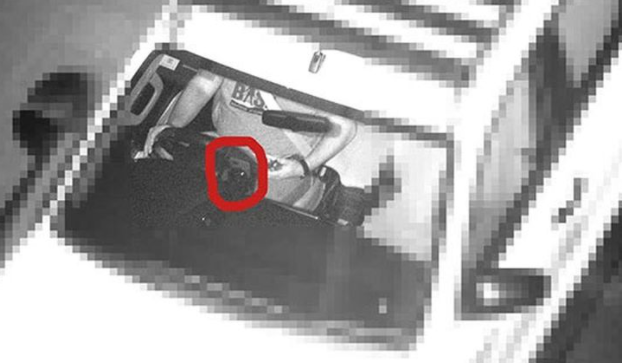 A photo provided to 2GB by Scott Phillips appears to show his phone in his docking station. (2GB)
A NSW man has cried foul after being fined for using his mobile phone while driving, claiming he has photo evidence proving his innocence.
Scott Phillips told 2GB's Ben Fordham he was driving north from Bowral when he was pinged by a detection camera.
In NSW, drivers found to be using their mobile phones are subjected to a $349 fine and a five demerit point penalty.
Mr Phillips said he was immediately doubtful he had committed the offence.
"I got a notice in the mail and I thought, hang on, I wouldn't have been doing that," he said. "I never use my phone in my hand. I have always got it on the dock."
A photo of the incident, provided by Mr Phillips to 2GB, appears to show a phone sitting in a docking station on his car dashboard.
Mr Phillips, meanwhile, appears to be holding a blurry item in his hands.
He said he did not remember what he was holding but thought it may have been a chocolate bar.
"It was probably a chocolate bar... someone said it could be sunglasses… but it's definitely not my mobile phone," he said.
Mr Phillips said he had asked for a review of the incident but was troubled that he could be fined for something it was far from clear he had done.
"How do I get five demerit points and a fine for something that might be a phone, might be sunglasses, might be chocolate," he said.
Mr Phillip's case is similar to a Melbourne mother, who was fined last year for using her mobile phone but claimed she was actually eating a Magnum ice-cream.
A Current Affair investigation this year also spoke to people who said they were fined after holding hats and wallets in their hands while driving. 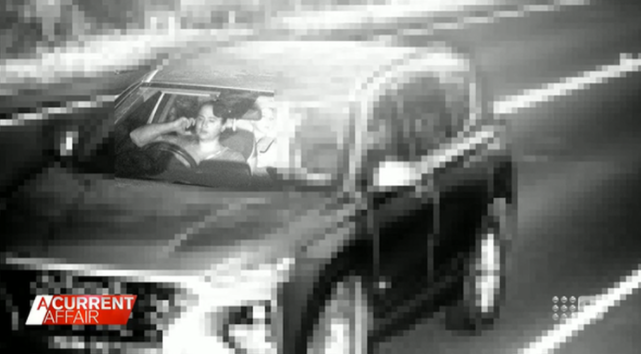 Sydney woman fights mobile phone fine (A Current Affair)
A Sydney mother said her perfect driving record could be ruined by a mobile phone fine based on a photograph she claimed showed nothing.
The woman said she had carplay and claimed she didn't need to touch her phone when she was driving.
9News
Farah News