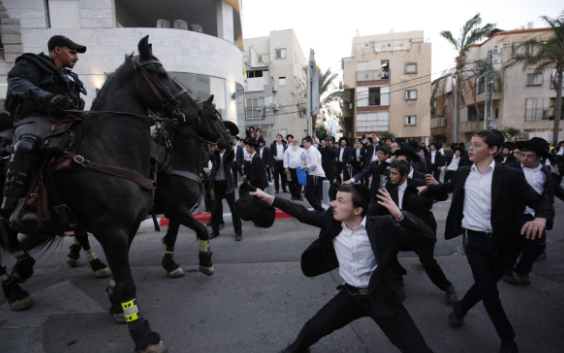 The UN is against any action that impedes journalists from doing their work, the spokesperson for Secretary-General Antonio Guterres said Monday, after four Anadolu Agency reporters were injured while covering the violence in occupied East Jerusalem.
"We stand against anything that would…make journalists unable to do their work in any circumstances. That's been our position," said Stephane Dujarric at a press conference.
His remarks came in response to a question by Anadolu Agency's reporter at UN headquarters who sought his comments regarding injured civilians as well as journalists.
Anadolu Agency's Middle East News Editor Turgut Alp Boyraz was injured Monday in an Israeli police raid on Al-Aqsa Mosque in occupied East Jerusalem.
Boyraz was shot in the leg with two plastic bullets.
He was the fourth Anadolu Agency journalist attacked by the Israeli police
Earlier, Anadolu Agency correspondent Esat Firat and two photographers were targeted while covering attacks by Israeli security forces on worshipers at Al-Aqsa Mosque.
Fayez Abu Rumaila, an Anadolu Agency photojournalist in occupied East Jerusalem, said he was brutally attacked by Israeli occupation forces while covering clashes at the Al-Aqsa Mosque complex.
aa
Farah News