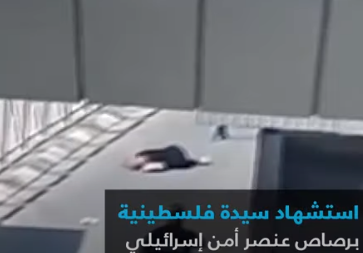 A Palestinian woman was shot dead Saturday by an Israeli security officer at the Qalandiya checkpoint, north of occupied East Jerusalem, for allegedly attempting to carry out a stabbing attack, according to Israeli media.
The Times of Israel daily reported that Aqabat Jabr, 28, attempted to approach security forces at the checkpoint with a knife.
According to the newspaper, a security guard “called on her to stop several times. When she did not do so, he opened fire at her.”
A police spokesperson said in a statement that the sister of the deceased was jailed in 2016-2018 for allegedly attempting to carry out a similar stabbing attack at the same checkpoint.
There was no comment from Palestinian authorities on the report.
aa
Farah News