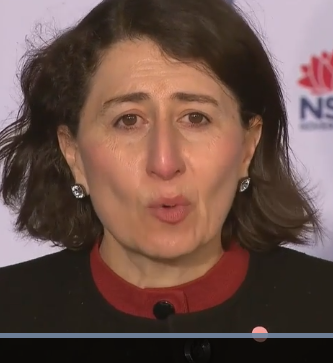 Two Sydney supermarkets have been listed as exposure sites over multiple days, potentially sending huge numbers of shoppers into isolation.
An infectious person was at Woolworths Belrose for hours at a time from July 15 to Tuesday, July 20, and for a shorter period on July 10.
Contact tracers are facing similar problems at Belrose's Star City Supermarket, which an infectious person visited for extended periods from July 12 to 15.
Other prominent exposure sites revealed by NSW Health late on Wednesday included pharmacists, medical centres, other supermarkets, several locations at Glenrose Village and the Conservatorium at Sydney Olympic Park.
Other venues of concern — notable due to their distance away from metropolitan Sydney include a BP truck stop at Fairy Meadow and a dermatologist in Wollongong.
Anyone who attended the following venues at the times listed is a close contact and must get tested and isolate for 14 days, regardless of the result:
Anyone who attended the following venues at the times listed is a casual contact who must immediately get tested and isolate until a negative result is received:
New South Wales has reported a big surge in COVID-19 cases, with 110 new infections in the past 24 hours — the third-worst day since the outbreak began — and a worrying 43 infectious in the community.
Authorities are focusing their attention on a growing number of cases in Sydney's west, north of the current epicentre in Fairfield.
NSW Health's Dr Jeremy McAnulty urged the following new locations to be on high alert for any COVID symptoms: Cumberland — particularly Merrylands and Guildford — Belrose, Toongabbie, Seven Hills, Mount Druitt, Rooty Hill, Lakemba, Fairfield, Haymarket and Wollongong.
Despite most students learning from home, the Mother Teresa Primary School in Westmead was forced to close on Tuesday due to a member of the school community testing positive.
Regional NSW is also high alert after a series of venues in Goulburn and Orange associated with confirmed cases of COVID‑19, prompting a lockdown.
9News
Farah News