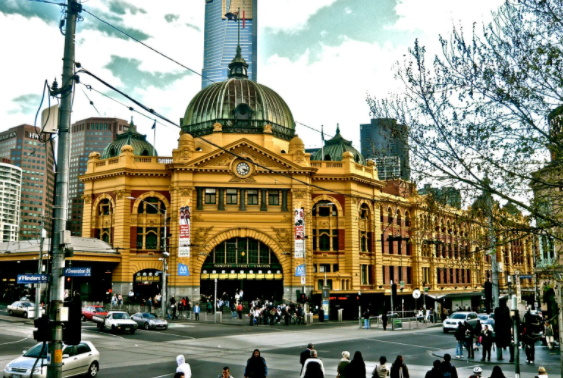 Victoria has recorded 1,923 new local COVID-19 cases and 25 deaths as the state prepares for another easing of restrictions tomorrow.

It is the highest single-day death toll recorded during Victoria's current outbreak.

Those who died yesterday were aged from their 40s to their 90s.

There are now 22,189 active cases of the virus in Victoria, and 272 people have died during the current Delta outbreak.

The new cases were detected from 82,648 test results received yesterday.

"But for the first time in three weeks, our Thursday figure is just under 2,000, which is good to see," he said.

The City of Casey in Melbourne's south-east still had the highest number of new cases with 193.

In regional Victoria, there were 38 new cases in Wodonga, where testing resources have come under significant pressure as the community works to curb an outbreak in the border city.

There were 33 new cases in Latrobe and 31 in Shepparton.

There were 21,272 doses of vaccine administered at state-run sites, and more vaccinations at GP clinics and other venues.

Restrictions across the state are set to further ease when 80 per cent of its population aged 16 and over are fully vaccinated, expected to happen tomorrow.

From 6pm on Friday, masks will no longer be mandatory outdoors, non-essential retail stores and gyms will reopen and travel between Melbourne and regional Victoria will be allowed.

Professor Cowie announced that health authorities were tightening the rules around medical exemptions from vaccination requirements.

Professor Cowie said the move followed reports from GPs who said they faced significant pressure from some patients to provide exemptions for other reasons, and reports of people travelling to multiple clinics trying to get an exemption.

"We must remember that most people who are legitimately in this position would really love to get vaccinated and the rest of us getting vaccinated helps protect those who can't," he said.

The change comes into effect from 6pm on Friday.

Professor Cowie said anyone who only had an letter from their doctor had until November 12 to obtain an exemption from the Australian Immunisation Register.

"We do have to be prepared to keep seeing these high death numbers, relative to previous weeks, because it's now coming off those high case numbers that started a few weeks ago," she said.

"So, even if our case numbers start to come down, we will have a period where we will see high deaths as a result of those people who have been in hospital for some time and sadly lost the fight."

Premier Daniel Andrews said he did not yet have a breakdown on any particular factors behind the 25 deaths yesterday.

"That is a significant number, it just speaks to the fact that this is not over," he said.

"It can be for people of all ages, all backgrounds, all circumstances, it can be deadly. The greatest protection against that, the way that you take yourself out of that ... is to get vaccinated."

Deaths of people with COVID-19 usually trail behind cases by a few weeks, and today's spike in deaths comes about a fortnight after Victoria recorded its all-time daily cases high of 2,297 on October 13.

Victorian Premier Daniel Andrews rejected criticism from the Victorian Bar's president over the way his government consulted lawyers on its new pandemic legislation.

Bar president Christopher Blanden QC said the government's consultation on the bill solely consisted of general conversation about pandemic declarations during a 45-minute Teams meeting organised by the Department of Health.

Mr Blanden also expressed "grave concerns" about the bill, which would replace the state of emergency powers with a process where the premier and health minister would sign off on pandemic-related public health orders, rather than the chief health officer.

This morning, Mr Andrews said he disagreed with Mr Blanden's characterisation of the bill and the consultation process.

"I don't think that's right ... the claim that that group was not consulted is simply wrong," he said.

"[This] is the bill that is the product of widespread consultation, it's modelled on what happens in other parts of Australia and other parts of the world, it is the framework that we need ... to keep our state safe."

Mr Andrews said the bill did provide for oversight of the decisions being made and ultimately governments were elected to govern during their term, which sometimes meant making difficult decisions to keep the community safe.

State and Commonwealth still at odds over tennis players

The debate between the state and federal governments over whether unvaccinated tennis players should be allowed into the country for the Australian Open continues.

Yesterday, Prime Minister Scott Morrison said unvaccinated players would be allowed in but would need to undergo two weeks of hotel quarantine.

His comments prompted an accusation from Victorian Premier Daniel Andrews that the Commonwealth had "done a 180" on the issue.

Mr Andrews said Victoria would not apply for exemptions to allow unvaccinated players to come into the state.

Federal Tourism Minister Dan Tehan said there needed to be some wriggle room to allow the players to compete.

"We need to have use common sense here, and if we can bring players in, and especially the best players in the world, and they can do two weeks'